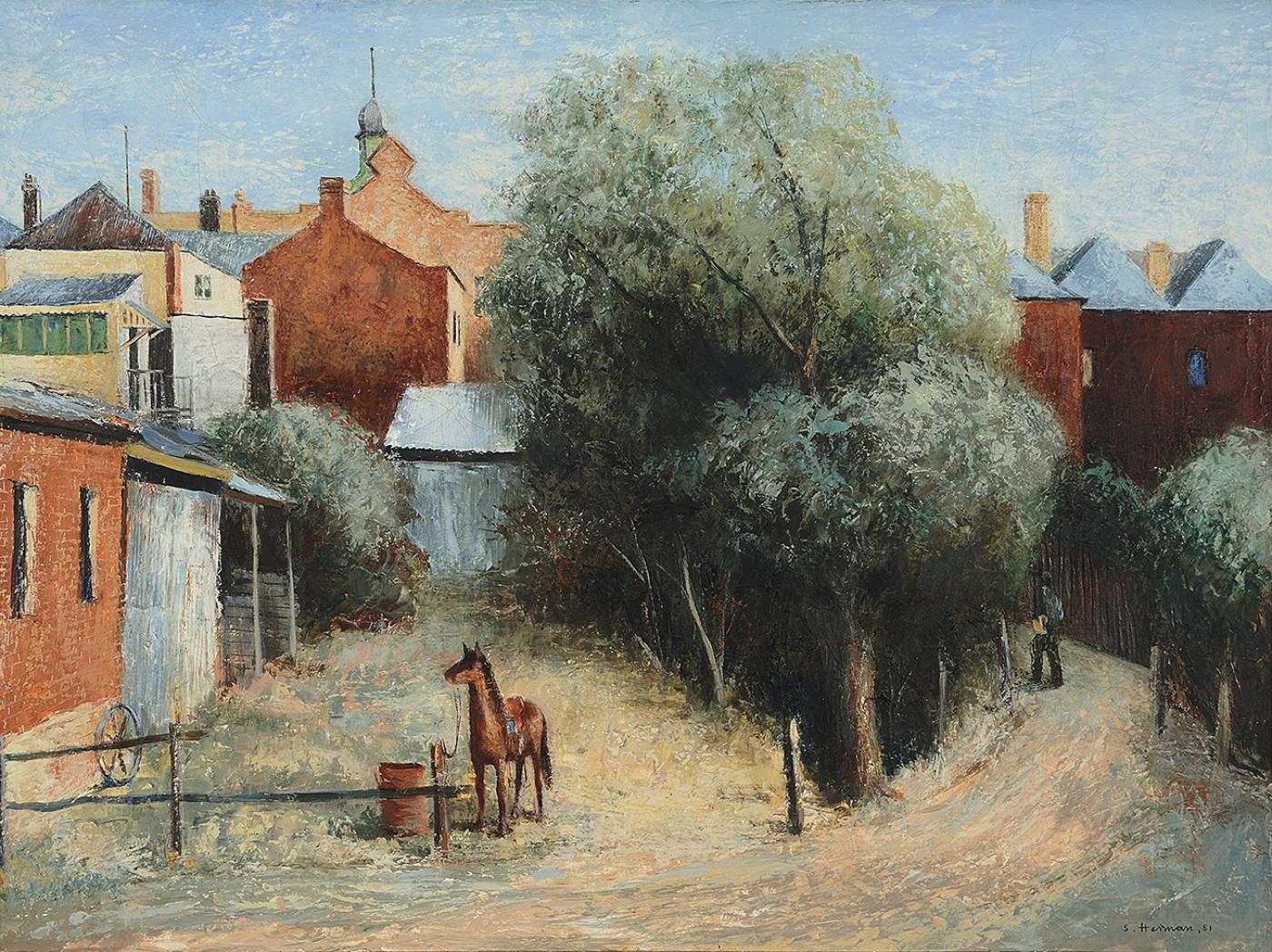 In 1941 Herman moved to Potts Point in Sydney which was at the time an urban slum of terrace houses. In 1945 he won the Wynne Prize for his painting McElhone Stairs, eliciting consternation from those who did not consider a city-scape familiar to the working-class worthy of a landscape prize.  In 1948 he said “Houses to me are part of life as it is, just as human beings are.  An old man or an old woman may not be attractive but may have beauty in their character.  So it is with houses.  When I paint them, I look for the character, regardless of prettiness or of dirty walls.”  Thomas continues: “If Sali Herman is interested in character more than in architecture he is interested most of all in walls… [he] has become a connoisseur of palings, weatherboards, tiles, bricks, stones, and plasters.  His preference for the painting knife rather than the brush seems appropriate for a builder of textures in painted plaster.” (op. cit. Thomas, p 21-22).
By the late 1940s his streetscapes had wide acceptance and made Herman a popular painter.
In 1953 he travelled to Europe and in 1960 he moved out to the suburbs to live.