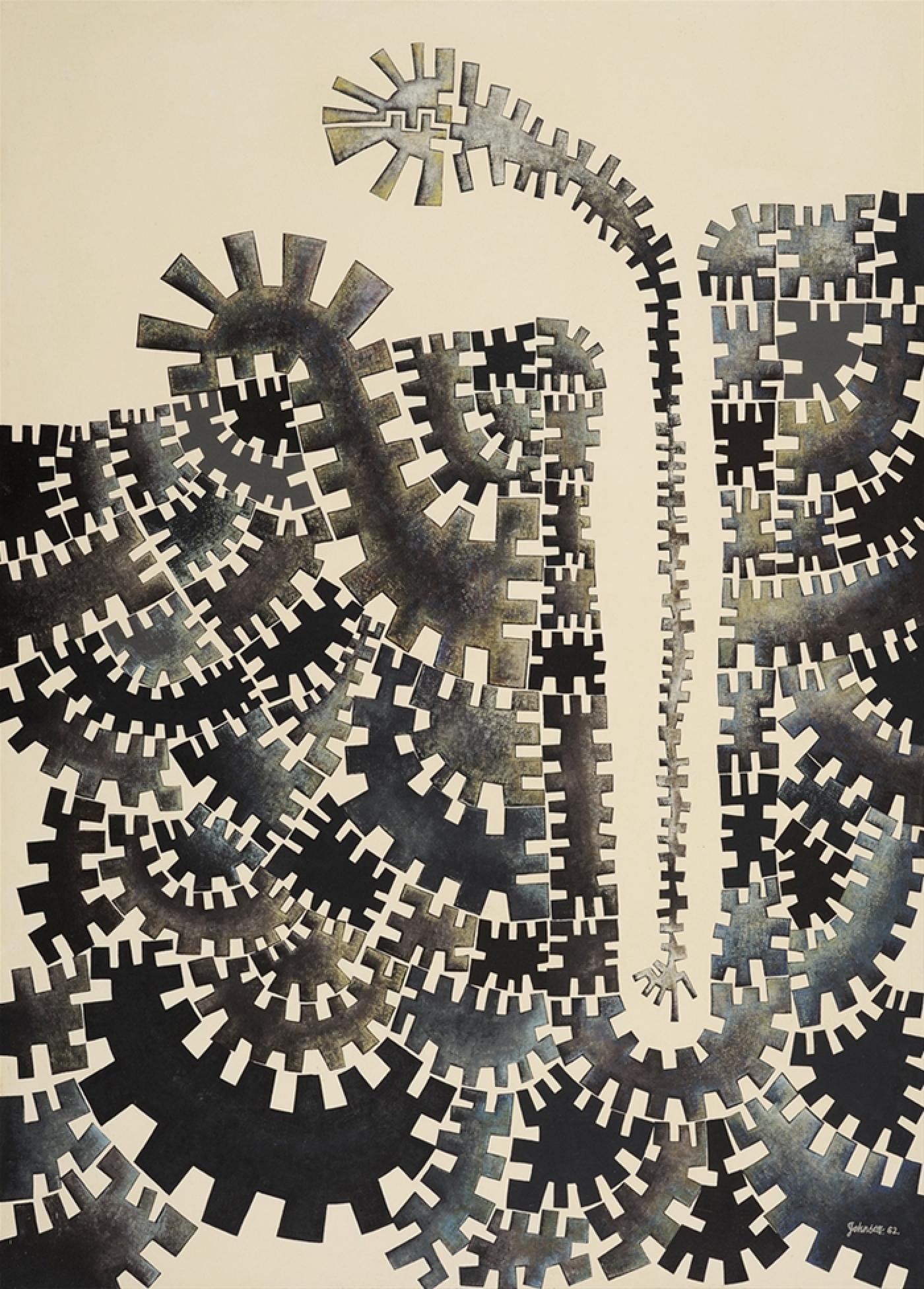 Earth Growth is Johnson's major work of the 1960's and his exhibitions received careful attention at the time. Bill Hannen, in a characteristically insightful review of the Argus show (Square toothed Cogwheel, the Bulletin, 2 April 1962) wrote George Johnson is one of Melbourne's least-known good painters. Now, in a fine one-man show, he emerges as a commanding painter. His abstraction is still as strict and as sharp as ever, but it is of that rare type which, whilst sticking to severe limits in shapes and tonings, offers an apparently limitless range of variations. The basic figure is a large, roughly drawn interlocking block, reminiscent of a square-toothed cogwheel, or of crenelations. It is remarkable to see what Johnson can contrive to suggest by varying this one figure. Alan McCulloch (Pinking shears and moonscapes, Herald, 28 March 1962) was equally impressed: To paint successfully with a pair of pinking shears sounds like an improbable achievement. Painting with keys is the same ... With him however these objects develop extraordinary vitality and animation, forming their own strange, molecular society. It is his own society that the artist is looking at of course, but instead of plunging into it, like an expressionist for example, he prefers to see it in the abstract. 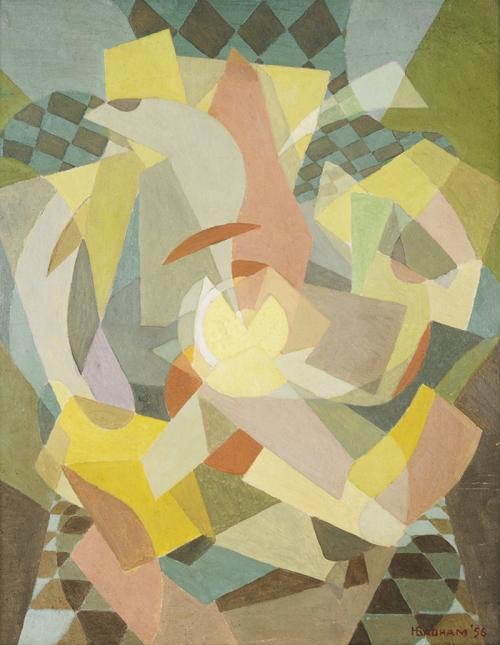 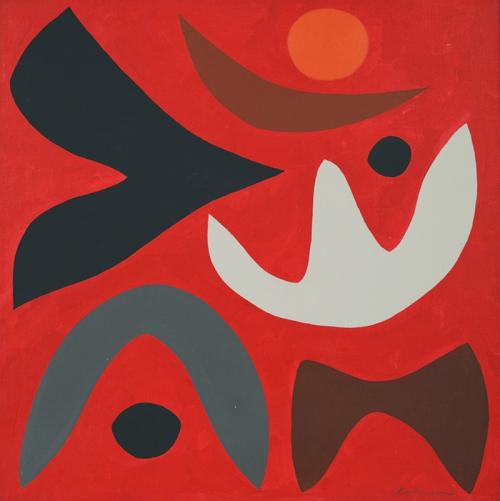 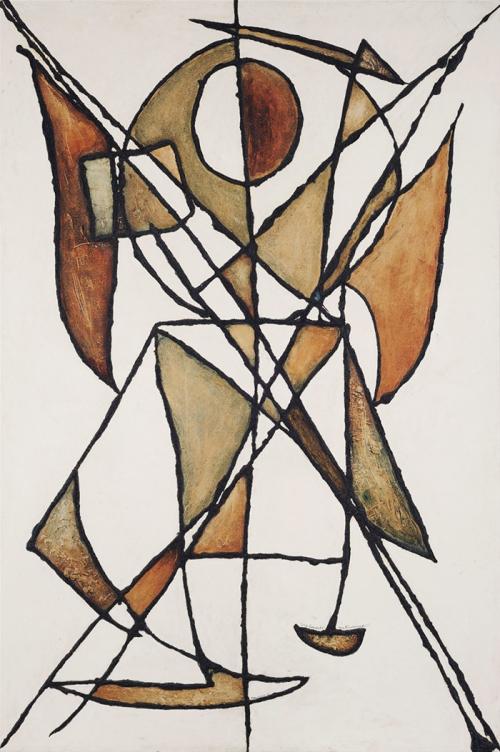 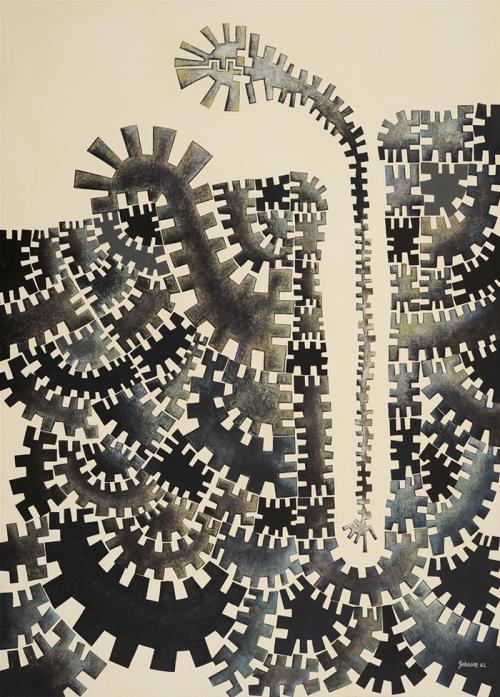 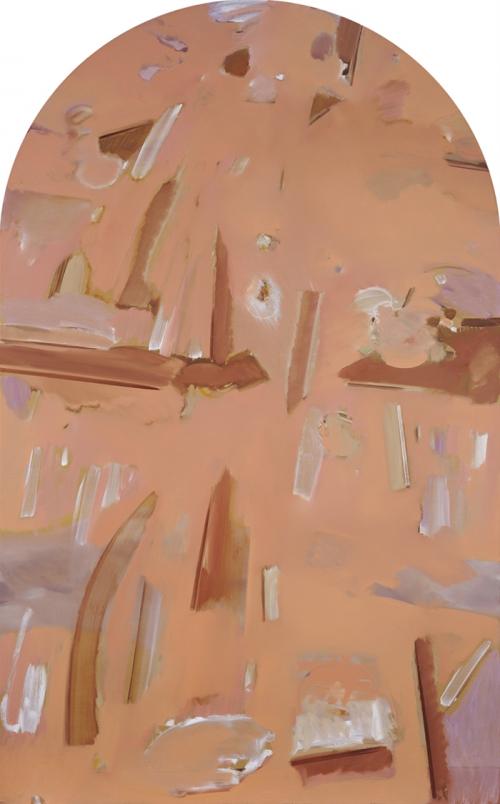 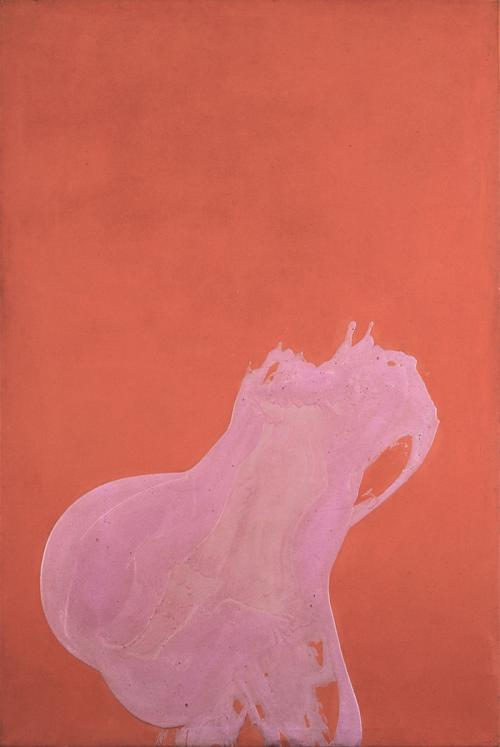 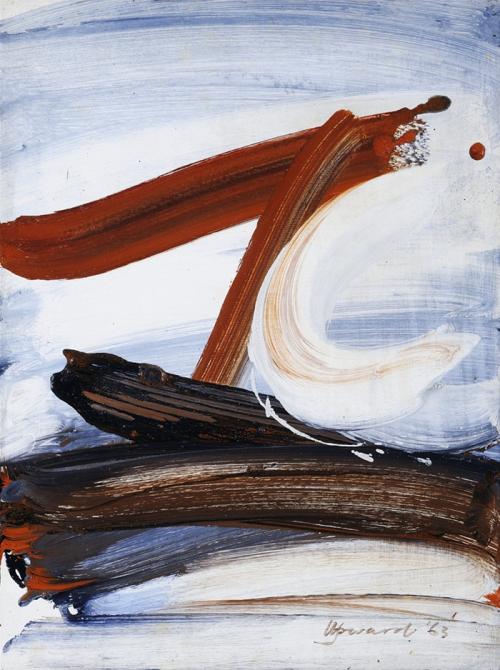 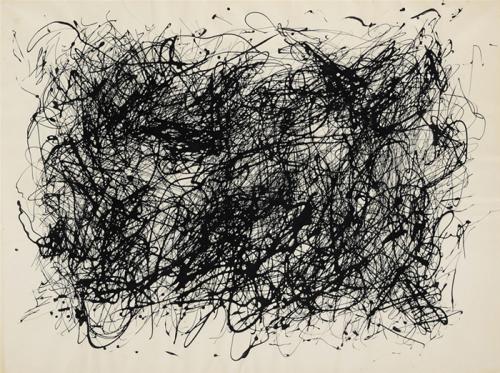 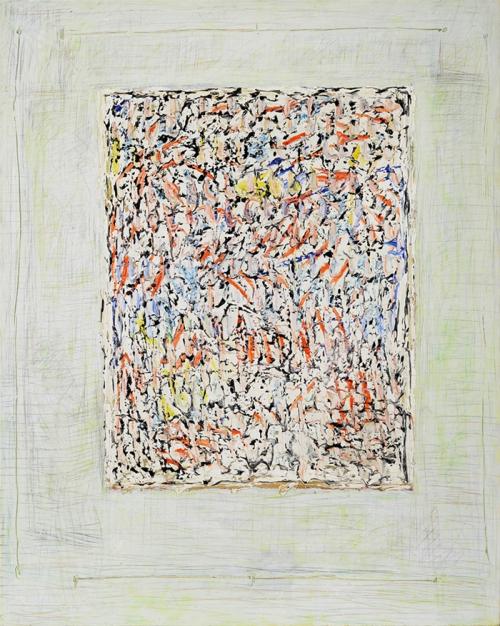 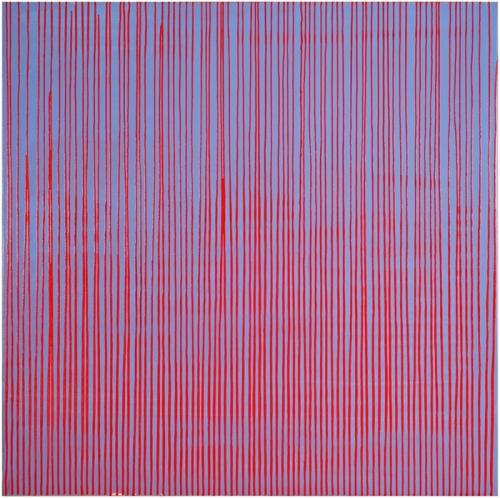 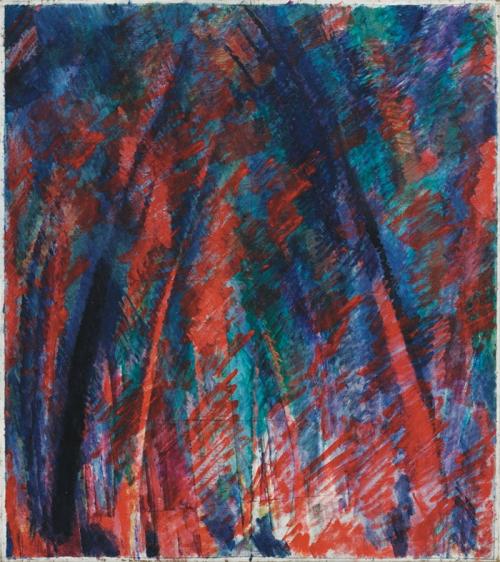 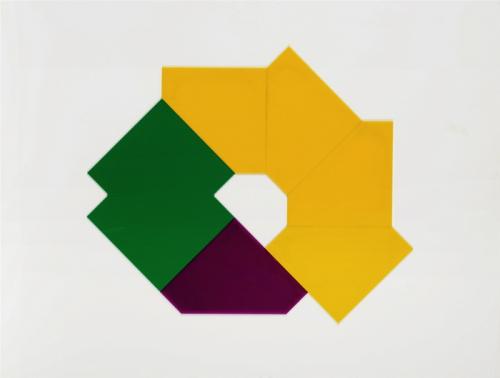