signed, titled and dated on reverse

The artist included works from this series in both a solo and group exhibition at Gallery A, Sydney, in 1973 but probably not this particular painting.

The “diagonal” paintings had a curious history.  In New York, in 1971, following an argument with his landlord, the artist “found himself out on the street with a few belongings and some half finished canvases… [he] took a loaded brush and slashed a line across each painting.” (Wilson, op. cit. p 74)
The episode has the hallmarks of one of those moments in which a seemingly irrational reaction turns out to reveal a hitherto hidden wisdom: some of the artist’s most memorable paintings derive from that single gesture.  Back in Sydney in 1972, the series “grew” in one direction: sideways.  From the square works such as ERGOL they stretched to a width of over 4m.  Eventually the diagonal line became horizontal – evoking the Plimsoll lines on the hulls of the ships he encountered in his yacht on Sydney Harbour - such as the monumental Hillgrove, 1973 in the Art Gallery of South Australia collection. 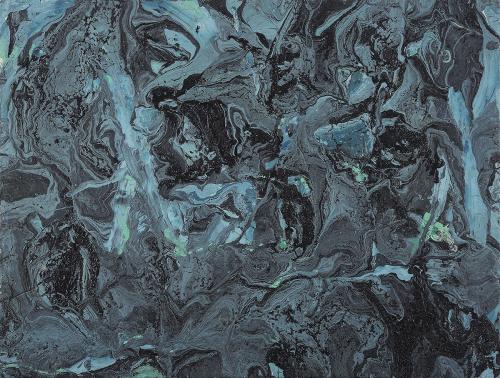 Light and the Density of Light